We have been invited to present our findings and recommendations to dozens of educational organizations including: the National Association of Independent Schools, the Secondary Schools Admissions Testing Board, the Independent Educational Consultants, the Country Day School Headmasters Association - as well as many individual schools, parent groups, counseling and community organizations nationwide.

To arrange a visit, lecture or workshop send an email to:andreebrooks@hotmail.com

lectures and workshops available upon request. E-mail the author above. 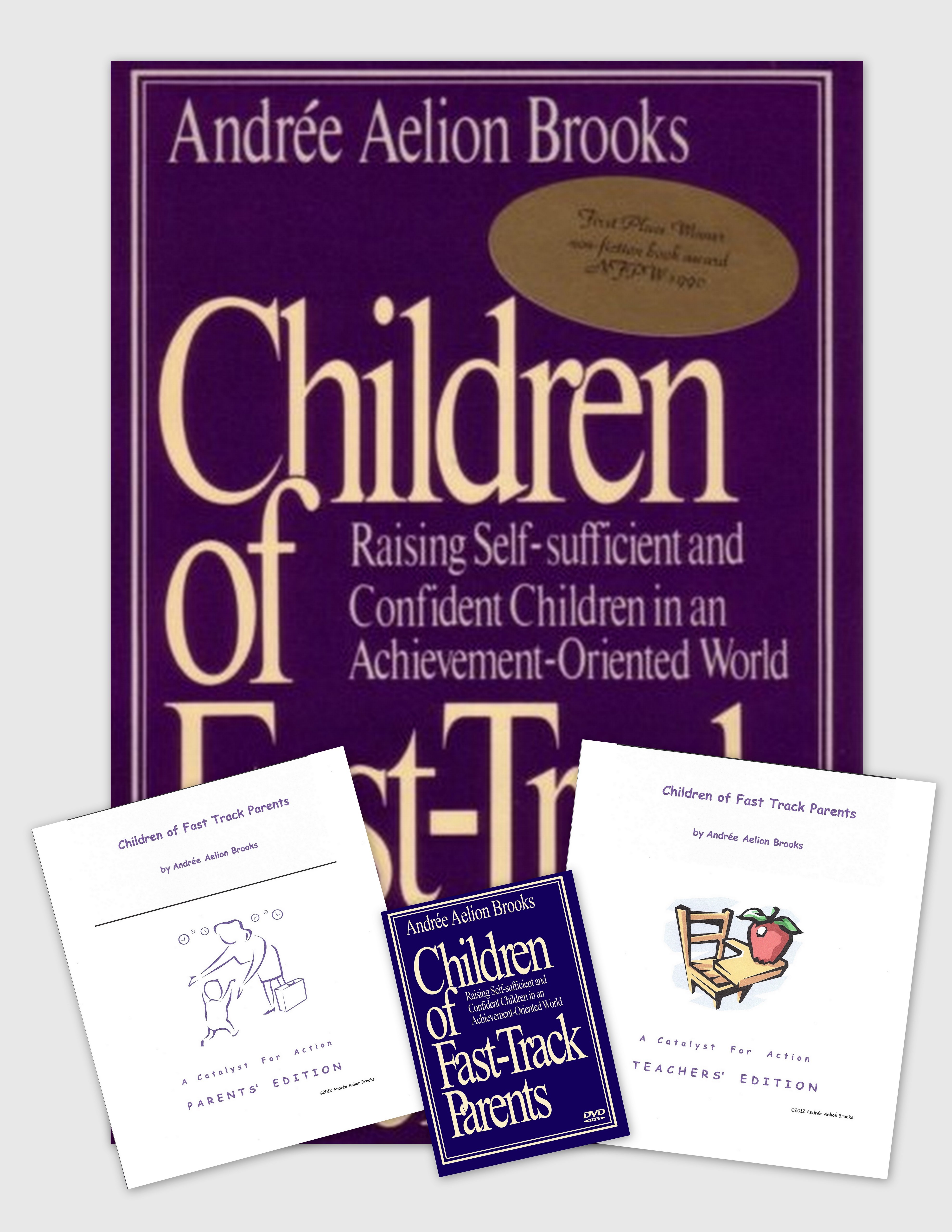 It's all about... raising the highly privileged child

New updated e-book edition and a 60-minute documentary now available from amazon.com (go to the 'movies & TV' section of the amazon site for the documentary). Updated workbooks for group activities are available directly from the author through a pdf download or as printed books. For details contact: andreebrooks@hotmail.com

What do we know about the children of high-achievers? Should we stop to analyze the impact of affluence upon a growing child as fully as we analyze the issues of poverty? What effect does a parent's own success or wealth have upon that child's behavior and personality development? Today we might call these kids, "Children of the One Percent," which for them may be even more challenging.

Andrée Aelion Brooks, a former contributing columnist for the New York Times, set out to answer many of these questions in her award-winning book "Children of Fast Track Parents." Even more insights were compiled from her subsequent years as a parent and teacher trainer and the completion of the accompanying workbooks.

The original book was based upon a year-long research study that included interview with counselors, psychologists, teachers, parents, grandparents and the children themselves. It is believed to be the only in-depth look at what is happening to the children of the many success-oriented young couples who rode the 80's and 90's boom to prosperity -- and why they act the way they do towards their children.

The book also discusses what is known about such children from history and literature, particularly the generational stories of prominent American families. In addition to the research, findings Brooks' programs offer suggestions, ideas and advice for parents, teachers and others who counsel families of power, wealth and influence. Her findings are constantly being updated. The original book (since updated as an e-book) won a coveted non-fiction award from the National Federation of Press Women and was also made into a one-hour PBS documentary that was nominated for a regional Emmy.

Brooks has since been invited to present her findings and recommendations at the annual conference of the National Association of Independent Schools, the Secondary Schools Admissions Testing Board, the annual conference of the Independent Educational Consultants, the Country Day School Headmasters Association as well as many individual public and private schools, parent groups, counseling and community organizations nationwide.

The book was featured on the Oprah Winfrey show.